What did I learn as a 3x Olympic Athlete that applies to Business World?

To be more and push the boundaries, it’s difficult. It actually sucks. Majority of companies want to become better and the employees in the company want to be leading the change. But how can you be better if you work like everyone else? I will tell my learning from the sport of diving and what can we learn from those to work life.

Before falling in love with Digital Transformation, I was a Professional Athlete in the sport of Diving competing in three different Olympic Games. Born and raised in Finland, there wasn’t necessarily tons of places and success in diving, but somehow I simply loved the idea of jumping off the platform and see how many flips and twists I can make. First nine years of my diving career, all I cared for was to keep pushing me to learn new and I had a great Coach who took me from seconds grader with a dream of Olympic Games to actually realizing that childish dream and competing in Sydney Olympics at the age of 18 in 2000. With my coach, Tanja, we discussed my desire to win Olympic gold and how to achieve it. She herself made a super tough decision that I haven’t seen any other Coach do – she found us a new coach since she felt like she would hold me back from becoming the best possible Diver. As an 18 years old, I agreed with her, but at the time I didn’t realize how important move she made and how she pushed me forward to becoming much better. From there started second phase in my diving career and pursuit of Olympic Gold with new Coach, Juri. He made me a lot better Diver and built great fundamentals to my technique, but somehow I had an urge that I needed to change things up and decided to move to USA and found a new Coach.

At this time, I was told by many professional people how I might have a good life in USA, but professionally in sport of Diving I will NOT achieve my best and I sacrifice that. I felt like the established sports people tried to hold me down and couldn’t see the vision I had. I am convinced that everyone wanted the best for me, but just couldn’t look in to the new approach since it was unknown.

When selecting University, I had doors open to the best American schools and diving programs and eventually it came down to two universities = University of Southern California (USC) or Arizona State University (ASU). On paper, USC is an easy choice being one of the best Business Schools in the whole world, having a highly decorated diving program and a Diving Coach that has proven as one of the best in the world. ASU was a great sports university but Diving and Swimming hadn’t been performing well at that time. But I still chose ASU. Why?

As an Athlete, I needed to find the right fit for me, not the right fit in general. At ASU, Coach Mark Bradshaw put all he has inline for me and convinced me that he will work endlessly towards my goals helping me achieve the full potential I can be. And I believed him. And he was completely right with his promises. While diving at ASU, I got full attention from the Coach, we kept learning together and I knew that he always had my back covered. I ended up having a great diving career, never reached the Olympic Gold, but I won basically everything else possible. You can look for more at Wikipedia.

Why am I writing this on our Company Website? Because same lessons apply in Business World too.

As a Founder and CEO of Coredo, I am always pushing the boundaries and seeking to find other people who want to do it as well. We sell Software Development services but aren’t doing it like everyone else. We are doing it differently because we want to be more. We want to be better than the rest! That is why I find myself often wondering as an Entrepreneur that why I make my life so complex while I could just do it like everyone else. But I can’t. And my Business Partner, Petri Kämäräinen, is just the same. We are driven by pushing the boundaries forward and it sucks. Just like in professional sports, it is 90% crap and 10% is so amazing that nothing compares to it.

In recent months, I have been forced to evaluate our company’s direction, ways forward and where the world is going. While doing that I have come to realization that if I keep doing the same things the same way, I will always be the same. An example of this is that when companies want to innovate and become better, but then buy expertise (consultation) from largest companies in the world since it is safe. Yes, there are cool things and perks there, but in the end it’s still just the same. It is not pushing your organization to become a leader, it is about leveling your organization with the others. If you want to push your organization to be a leader, it is not achieved by doing just like everyone else. It’s about finding the right people who want to take on the challenge with you. Just like in my sports example, USC would have been the no brainer choice, but my real potential was found when working with the coach at ASU – sharing the dream together with me.

With these learnings from sports I have been guiding Coredo to be a company that does things differently and is a Partner for the brave ones who want to push the boundaries.

For Digital Innovation, we are here for companies who want to be more! 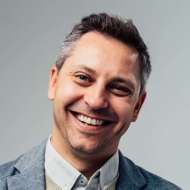 As Founder of Coredo, I am constantly studying the industry, the markets, international trends and looking for best ways for us to add value to our customers. I am super passionate about innovating better ways to leverage digitality in the continuous process of improvement.
Get in Touch
← Previous Article

All digital transformation should start and end with the customer. My personal goal in software development has always been in putting the customer in the center and... 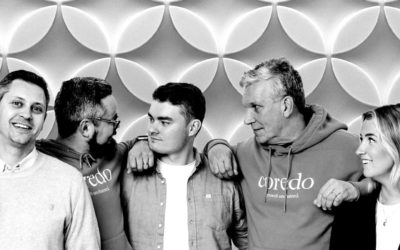 Even the biggest and prettiest companies are getting hurt by increasing inflation and interest rates. This pushes companies to either go through emotionally painful... 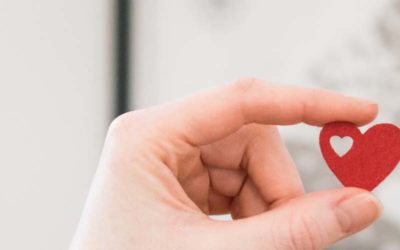 Pivot to profit with Coredo

Even the most well-funded software product and service companies are now faced with a new question; How I change my aggressive growth approach to a healthy profitable...

We have experts internationally who are ready to start with you.

Connect with our nearest Coredo people
and let's start to EXECUTE!

Send us a message and let's talk!